Enjoy a natural high with the help of endorphins 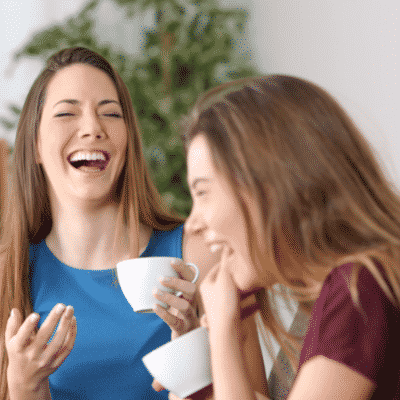 Have you ever heard of a “runner’s high?” It’s the feeling some people experience during the course of a long run when they suddenly feel no fatigue. It’s a euphoric sensation that reduces anxiety and even temporarily relieves pain. That feeling comes from endorphins.

Endorphins are one of four primary chemicals (neurotransmitters) in the brain that affect happiness along with serotonin, dopamine, and oxytocin. We all have access to more drugs in our brain than any drug company could ever make, and these four are prime examples.

Endorphins are released in the brain in response to pain. They help us push our bodies beyond their comfort levels when we might otherwise want to give up. Have you heard of people taking a really cold shower or jumping in freezing cold water for just a couple minutes?

There are several reasons people do this, but one is to release endorphins and get that “high” or even just produce a nice, relaxed feeling. Taking a freezing cold shower can give you a huge boost of endorphins if you can tolerate a minute or two of physical discomfort.

The “pain” of a belly laugh can open the endorphin floodgates

When you laugh so hard that it hurts, you get a joyful feeling that’s caused by endorphins. The contracting of stomach muscles produces enough “pain” to release some feel-good endorphins into your body.

Endorphin release is one of the reasons exercise is a common suggestion to help with stress. Endorphin release is the reason working out can help you relax after a hard day. Endorphins help mothers deal with pain during childbirth. It’s nature’s way of making labor a bit easier. Endorphins can help relieve pain, reduce stress, and give you that euphoric feeling. In short, they can make you feel pretty darn good.

There are many ways to boost endorphin levels naturally

Endorphin release is linked to continuous exercise. This occurs after about 30 minutes of exercise. Moderate intensity exercise may be best, which means your heart rate and breathing speed up, but you can still talk.

Have you ever had that euphoric feeling during sex? You can thank your endorphins and other hormones such as oxytocin for that.

Need a reason to have wine and dark chocolate? Eating dark chocolate and red wine also releases endorphins and promotes feelings of bliss. If you choose to use wine and chocolate, please do so in moderation. Humor therapy is a great way to release endorphins. Remember that good belly laugh can really boost your endorphins!

Random acts of kindness trigger an endorphin release. Doing something kind benefits you as well as the people you help. If you’ve ever felt euphoric while making music or performing, that’s probably your endorphins kicking in.

Boost your endorphins by getting outside and in the sun. Sunlight has so many health benefits and this is one more. Getting outside a few times a week for about 15 minutes at a time will generally be enough for you to benefit from sun exposure.

Massage therapy helps increase levels of endorphins, as well as oxytocin, dopamine and serotonin. There are so many benefits to massage therapy. Taking a hot bath is relaxing after a long, stressful day. The warm water can relieve tension and trigger the release of endorphins into your blood. That may sound much better than a cold shower.

There are lots of ways to release this feel-good chemical in your brain. Your action step is to see what you are interested in fitting into your day, so you can access the drug store in your brain and enhance your sense of well-being.

Bonnie Groessl is a best-selling author, podcast host, holistic nurse practitioner and success coach. Her mission is to educate, empower and facilitate your well-being while nurturing the mind-body-spirit connection. You can find links to her books, guided meditation audios, blog and podcast at www.bonniegroessl.com